The luxury of living on a esplanade provides us with amazing views, walks on the beach, relaxing sea breezes, and of course the relentless salt spray that comes with the might of the ocean crashing in nearby. Humid & salty air means one thing to property owners: extra and regular exterior maintenance.

Here in Middleton, South Australia is a 2 story home, just 15 years old with a large entertaining balcony. Beneath the balcony the joist hangers have become severely rusted losing majority of the brackets structural integrity, so in this case each hanger needs replacing urgently before a possible balcony collapse.

Exterior painting maintenance is required regularly in coastal areas as this is the first defense to weathering and rusting to metal products.

Staged building inspections on new builds are highly recommended. This assures an opportunity to identify potential areas of concern and rectify simply rather than once the build is complete. Chat to us for staged building packages rather than paying for individual inspections.

Between Inspections there’s always projects for customers on the go!! This is a Before and After of a recent transformation of a back shed to an entertaining area by the swimming pool. Perfect for summer.

Clearly you can see the difference in accessibility to all of the joins and materials in the main structure. Getting workmanship inspected during the 1st & 2nd fix can be an absolute money saver.

Between Inspections there’s always projects for customers on the go!! This is a Before and After of a recent transformation of a back shed to an entertaining area by the swimming pool. Perfect for summer.

In the week leading up to settlement day you should do a final walk through. This is generally to make sure that any special conditions/ repairs are met and the property is in the same state as when you exchanged contracts.

Here is an example of a final walk through check list, what to take, what to look for and What to do if you have any concerns.

A moisture test performed on both sides of this newly built wall is indicating a possible leak.

This could be the result of many reasons but if this is not rectified, timber rot could occur resulting in reframing sections of the wall,  new wall sheeting,  re-waterproofing and re-tiling.

First step to rectify is to get a plumber to perform a pressure test  to identify the point of possible leak and then correct. (Then just the plaster board to be repaired and painted).

Reasonably simple and another reason to have a Building Inspection before you buy.

Servicing all of Adelaide and surrounding areas, be sure to give us call at A2Z Building Inspections when purchasing your new home.

Not all tradesmen are good at their job!

Unfortunately here art A2Z Building Inspections I get regular calls in regards to sub standard  workmanship. This can cost you $1,000’s in the future. This particular case in Reynella, South  Australia the client had Foxtel installed. The contractor removed the ridge caps and then used silicone to reinstall the ridge caps. Both big No No’s! This unleashed a string of costly events.

A defect indirection and report was performed due to the client wanting to take further action. A stressful and time consuming way to come about a solution for something that could have been avoided with a thorough & professional inspection of the trade person’s workmanship. 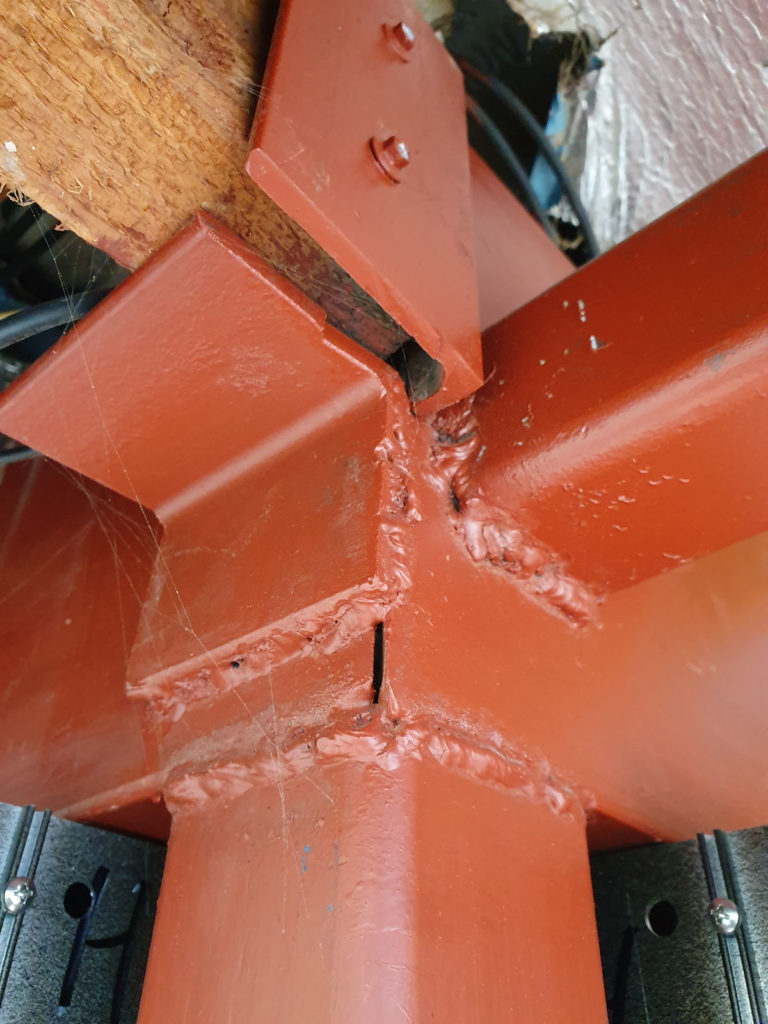 Ever wondered how modern building structures suddenly collapse on people?

Structural beams, posts and lintels that have been welded by a person who is not qualified can be disastrous.
This is a extension being performed in Adelaide,  South Australia and has had  4 meters of a structural external wall removed needing a post and a steel beam installed to replace the wall. These welds have minimal penetration to the steel surface and will crack over time causing catastrophic consequences in the future.
A2Z Building Inspections performed a staged building inspection and provided the client with a staged building report with several major issues listed. All welds were rewelded by a qualified experienced welder eliminating future issues.
Staged building and pre purchase building inspections will save you money and heart ache in the future. 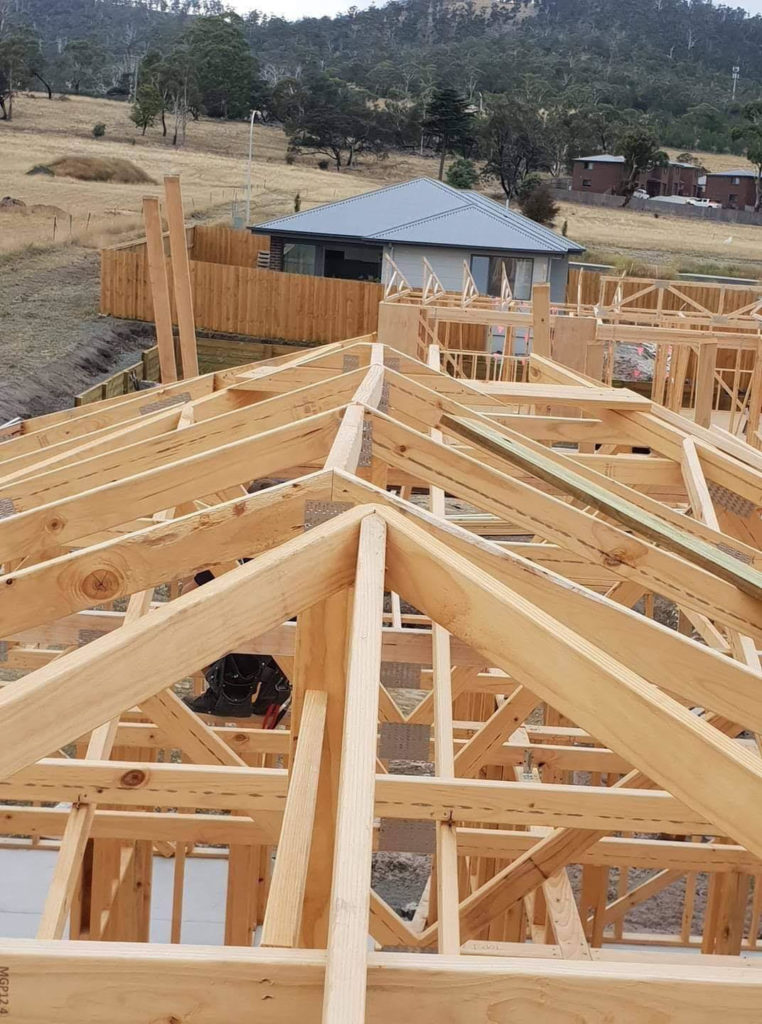 Notice anything? Don’t let this happen to your dream.

Some builders will try to pull the wool over your eyes

This was a staged building inspection to a house under construction at Victor Harbor in the southern suburbs of Adelaide. The roof trusses at this property were installed poorly which would have caused major issues at the roof covering stage.

Noticing this issue ensures you the client ends up with a quality build which you are paying for.

Can you imagine signing off on you brand new home, only to discover later that the tradespeople have conducted sub-standard workmanship? The worse part is, unbeknownst to new property owners, chances are you won’t find out until there is a more costly problem like water coming in through your ceiling! Obviously this amounts to severe financial impact, not to mention the interruption to your families everyday life. 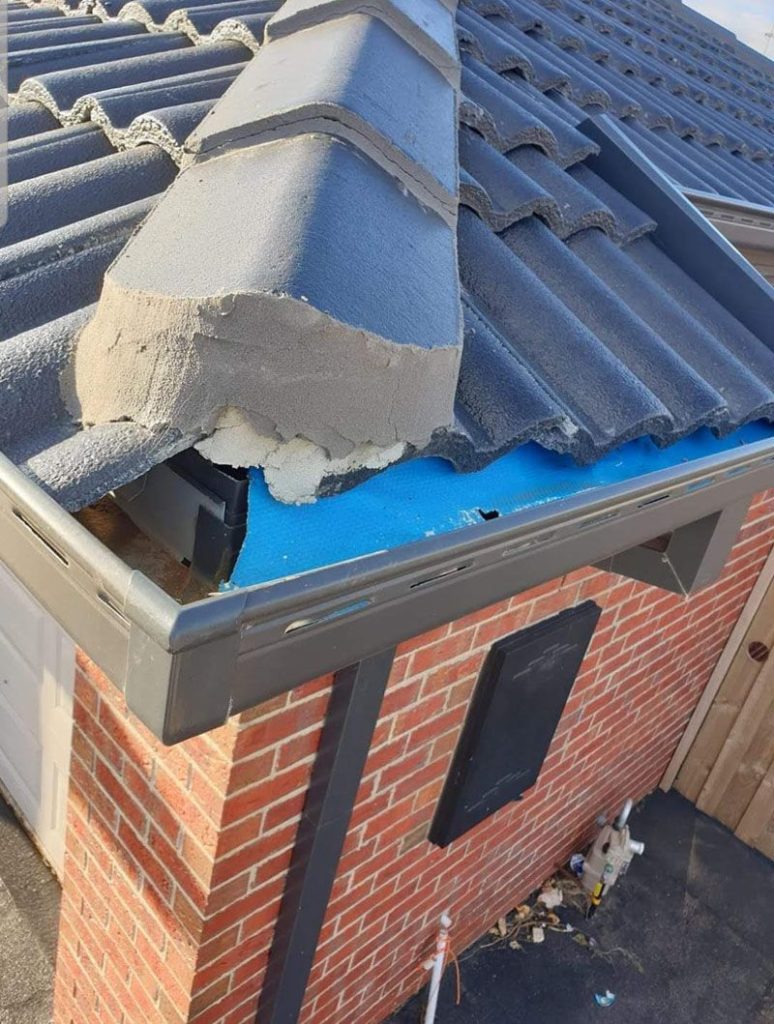 Here at A2Z Building Inspections we perform Staged/Progress inspections. We often find defects in new properties which can cause you expensive issues in the future which can be avoided if found and rectified In the building process.
This new build in Adelaide,  South Australia has had a string of defects during the build which have been now rectified eliminating the possibility of future defects.
In this case the end hip cap tile is incorrectly/poorly finished allowing water in when raining which will cause premature rusting to the fascia. Ridge  cap pointing is cracked already and the sisulation had not been cut back which will make it start deteriorating due to weathering.
Make sure your new build goes smoothly and to a acceptable high standard.

Please feel free to contact me with any questions about which stages are vital. 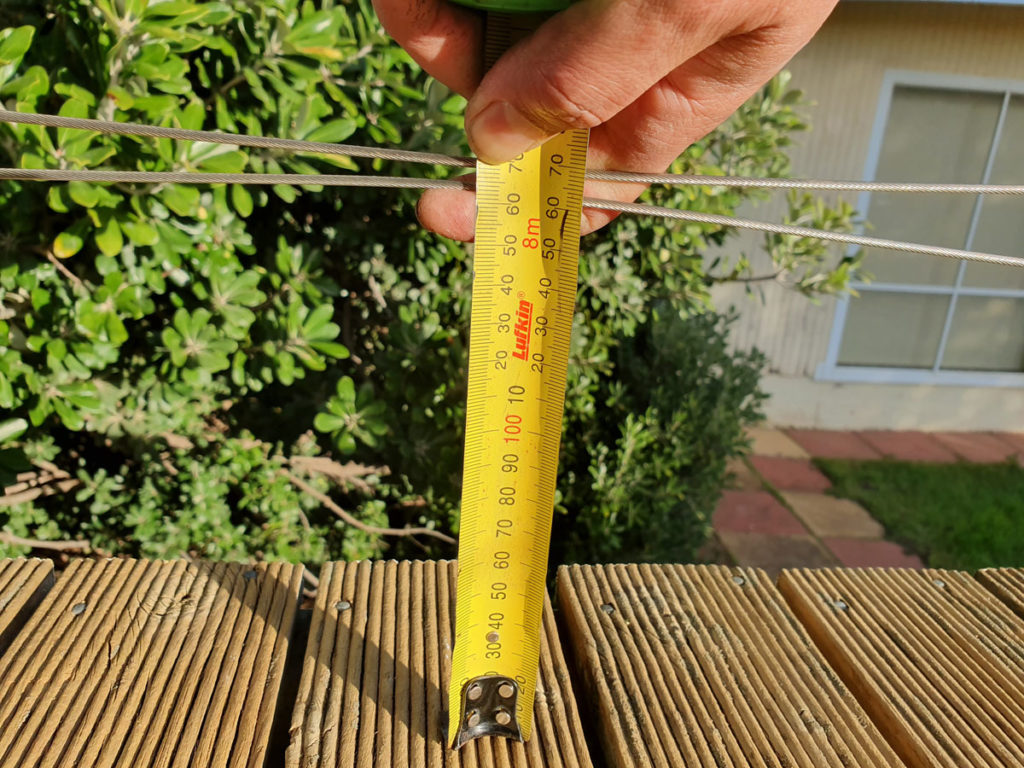 Balustrade Safety!
I often find while performing pre purchase building inspections balustrades with the ever so popular stainless steel balustrade wires that often exceed the maximum gap allowed of 125mm which is in accordance with the Australian Standard 1170.1.
If  your property utilizes this set up it is advised that regular checking of the wire tension is performed. This can be critical for infants and little kids. Remember it is the property owner’s responsibility to ensure safety on your balconies- don’t let a mishap occur, it could cost someones life.
Invest with confidence!
This pre purchace home inspection was located in Aldinga Beach. 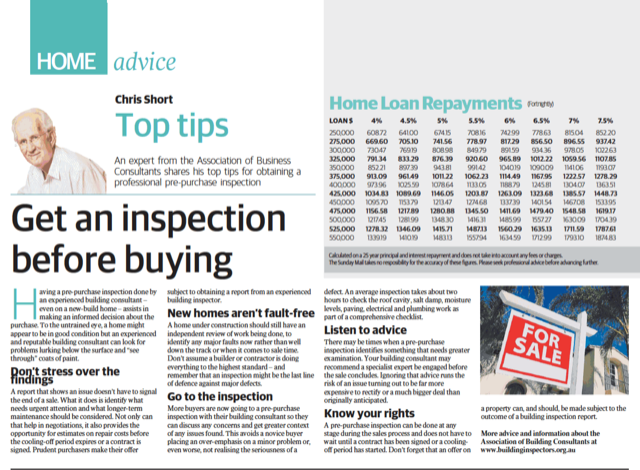 An expert from the Association of Business Consultants shares his top tips for obtaining a professional pre-purchase inspection.

Don’t stress over the findings

A report that shows an issue doesn’t have to signal the end of a sale. What it does is identify what needs urgent attention and what longer term maintenance should be considered. Not only can that help in negotiations, it also provides the opportunity for estimates on repair costs before the cooling-off period expires or a contract is signed. Problem purchasers make their offer subject to obtaining a report from an experienced building inspector.

A home under construction should still have an independent review of work being done, to identify any major faults now rather than well down the track or when it comes to sale time. Don’t assume a builder or contractor is doing everything to the highest standard – and remember that an inspection might be the last line of defense against major defects.

Go to the inspection

More buyers are now going to pre-purchase inspections with their building consultant so they can discuss any concerns and get greater context of any issues found. This avoids a novice buyer placing an over-emphasis on a minor problem or, even worse, not realising the seriousness of a defect. An average inspection takes about two hours to check the roof cavity, salt damp, moisture levels, paving, electrical and plumbing work as part of a comprehensive checklist.

There may be times when a pre-purchase inspection identifies something that needs greater examination. Your building consultant may recommend a specialist expert be engaged before the sale concludes. Ignoring that advice runs the risk of an issue turning out to be far more expensive to rectify or a much bigger deal than originally anticipated.

A pre-purchase inspection can be done at any stage during the sales process and does not have to wait until a contract has been signed or a cooling off period has started. Don’t forget that an offer on a property can, and should, be made subject to the outcome of a building inspection report.

More advice and information about the Association of Building Consultants at www.buildinginspectors.org.au